It is very easy to get from the hotel to the main Athens tourist attractions, while the departure points for nearby getaways are just a stone’s throw away from Syntagma Square. 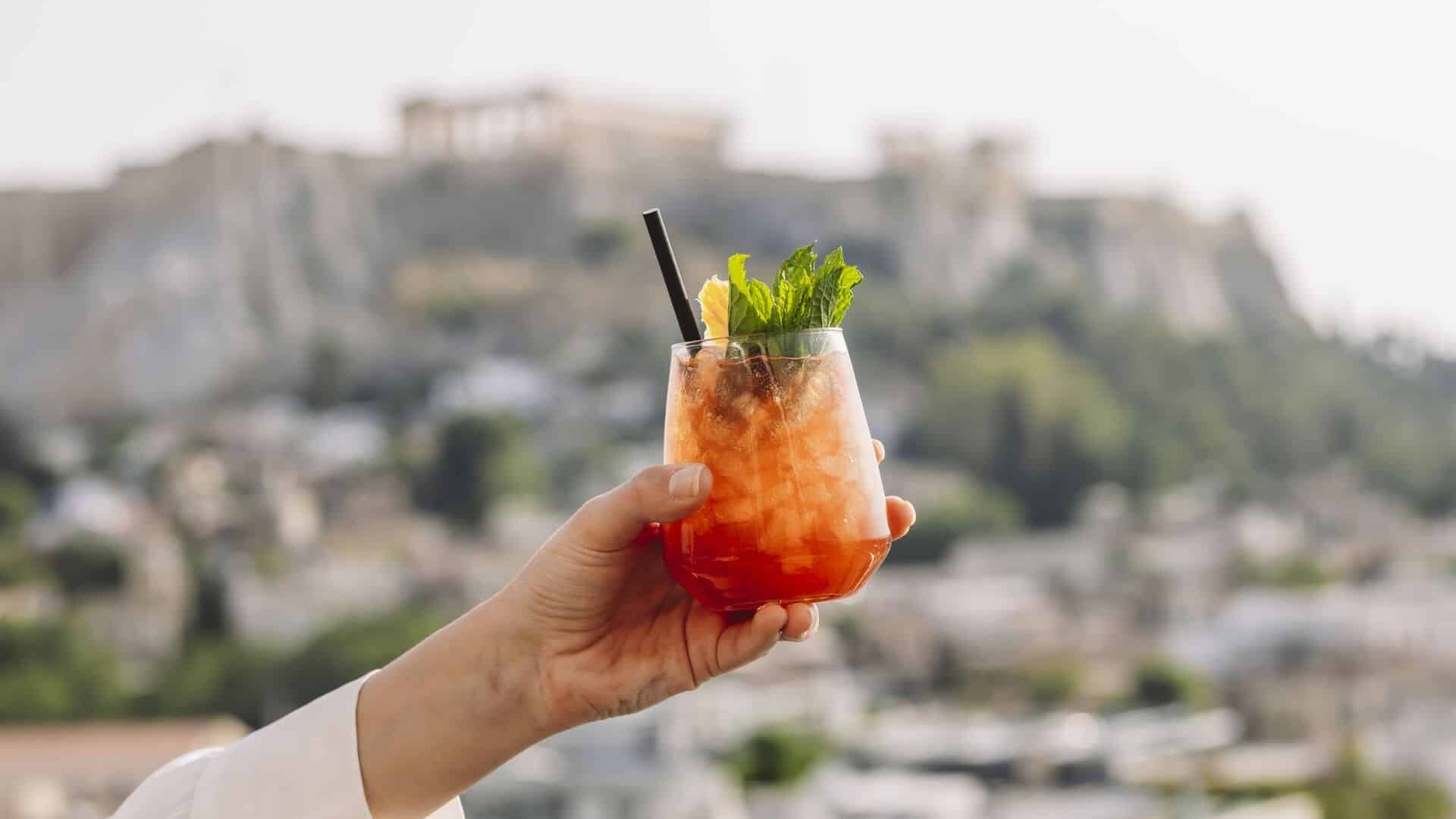 Sites: The Acropolis, the eternal World Heritage monument, has been standing on its sacred rock since the 5th century BC. There are unique views of the Acropolis from the west side of the hotel, with compelling views of its floodlit façade from the roof garden on the tenth floor. Pedestrian Dionysiou Aeropagitou Street, with the ancient theatre of Herod Atticus, is also only ten minutes’ walk away. There are many nearby places to visit in Athens, such as the lovely neighbourhood of Thissio with the temple of Hephaestus, the pedestrian area with the archaeological park and the Roman Forum, both Athens’ Jewish synagogues, the picturesque neighbourhood of Petralona below Philopappos hill, Hadrian’s Arch, the archaeological site of the Temple of Olympian Zeus, the Panathenaic Stadium and the National Gardens.

The Neighbourhood: The Metropolis area ​ is now the most up and coming neighbourhood in Athens. Some of the best bars and restaurants in Athens have opened here recently, re-writing the gastronomic map of Athens. Historic buildings are being renovated, lit and occupied again, and are acting as magnets for the future city centre. Some of the best wine bars in Athens are to be found here, and if you are looking to enjoy a meal in a bistro in Athens, you will definitely find something nearby. Neighbouring squares which remained obscure for years are now attracting new business projects. New design spots are appearing on the side streets, highlighting the creative scene in Athens. This neighbourhood is currently the number one place to be.

Location: The hotel is in the centre of the city, in one of the most beautiful locations in Athens and just a stone’s throw from Syntagma Square. Originally known as Palace Square, Syntagma Square was renamed in 1843. This emblematic neighbourhood was, and is, the central point of the city’s urban life and all the city’s important points of reference surround it. It is within easy walking distance of many of the top ten things to do in Athens – the National Gardens, the historic buildings in the city centre, Zappeion, the old Plaka neighbourhood, Monastiraki, Thissio and the Acropolis. The view of the Acropolis from the roof garden of the Electra Metropolis is the one of the most impressive views in Athens. In the heart of the city, it is an ideal starting point for walks in Athens either on a Sunday or during the week.

Shopping in Athens: Ermou, the largest commercial centre in Greece, Mitropoleos and the surrounding area, the famous City Link with some of the most famous boutiques in the world, Attica department store and Kolonaki, are all shopping areas within ten minutes’ walk from the Electra Metropolis. Furthermore, the well-known neighbourhoods of Athens – Monastiraki with its antiques, Psirri and Athinas street with their traditional products and Plaka, with its souvenir shops– are all within easy walking distance. Essentially, you are in the heart of the commercial and shopping districts of Athens.

START EXPLORING
Electra Rewards
ONLINE CHECK IN
BOOK
Not sure what to choose?
A member of our team is always there for you to help you find the available options
Call us (+30) 214 1006 200
Email
Facebook chat