The 5 best day trips from Thessaloniki 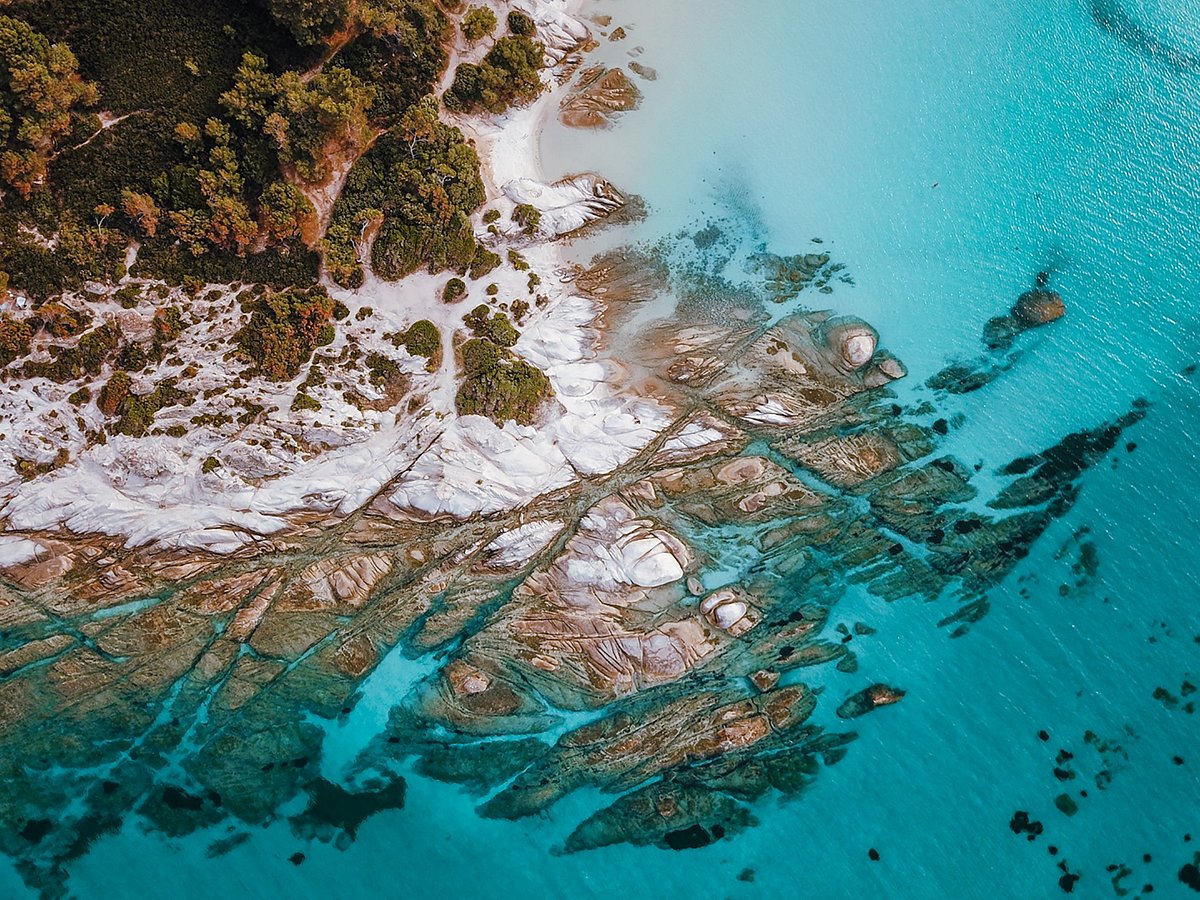 If you have been wondering what the best trips from Thessaloniki are, we have gathered the top 5 that are just waiting for you to discover them. Staying in Thessaloniki opens up a new world of possibilities as it is the largest and most vibrant city in the north of Greece. Actually for many it is considered Greece’s second capital, and rightly so. If you have the pleasure of staying with us at Electra Palace Thessaloniki, we are located in the heart of town, offering you the best location from which to soak up all the sights and sounds of our city. However, we realize that you might want to break away from its urban charm for a day and go on to discover some of the sensational areas that are within reach. Curious to find out more? Read on.

Discover them all, one day at a time

1. Vergina – The ancient city of Kings

Just under an hour’s drive away lies the ancient city of Vergina – a UNESCO World Heritage site and one of the most important archaeological discoveries of the 20th century. It was the center of the Macedonian dynasty and birthplace of Alexander the Great, an immensely influential and powerful historical figure who lived between 350 – 320 BC. It is one of the unmissable day trips from Thessaloniki, especially for history enthusiasts, however it is sure to impress even the most skeptical of visitors. Vergina is a pace steeped in legend, but where legend seamlessly passes the torch over to reality – visit the Palace ruins and the museum of the Royal Tombs of Aigai, centered around the royal tombs of Philip II and other members of the ancient Kingdom of Macedon at Aigai, also including  the 11 kg gold larnax with the iconic Macedonian Sun emblazoned on the lid and the ancient world’s most valuable crown, the Gold Wreath, consisting of 313 golden oak leaves and 68 acorns.

Discover a marvel of natural wellness and thermal indulgence, just under two hours drive from Thessaloniki. It is said that this was where the aforementioned Macedonian royalty and their generals took their thermal soaks for the purposes of relaxation and recuperation. Make a day out of visiting the remarkable Pozar Thermal Springs and Baths to soak up the goodness of the mineral-packed waters and relax beyond measure. You can take your pick from the plethora of facilities available. The Pozar site has both natural pools and waterfalls as well as private indoor baths and soak pools, a large outdoor pool for swimming if you feel like doing some laps, plus hamams, jacuzzi and a spa. For any thermal soak you are interested in, please bear in mind that the maximum time you can stay in the waters is 20 minutes and that you need to make a reservation beforehand, to avoid any disappointment, since there is limited capacity.

Urban charm and the magnificence of nature come together in Kastoria, just over a two hour drive from Thessaloniki. Here you get the best of both worlds so it is one of the most fascinating day trips from Thessaloniki on multiple accounts. Kastoria is a town built on one of the natural bays of Orestiada lake, which you can tour by foot or boat – you will be astonished by the Dragon Cave found on the lake ring road 2 km from the center of the town – the walking cave tour is about 300 m long taking you through countless formations of impressive stalactites and stalagmites and consisting of ten cavern halls, seven underground lakes and five passageways in total. Next you can tour around Kastoria’s neighbourhoods, such as Doltso and Apozari, to discover the plentitude of picturesque buildings that date back to the 17th and 18th centuries. Most have been turned into museums while Kastoria has a mind-boggling amount of around 60 Byzantine and post-Byzantine churches too. 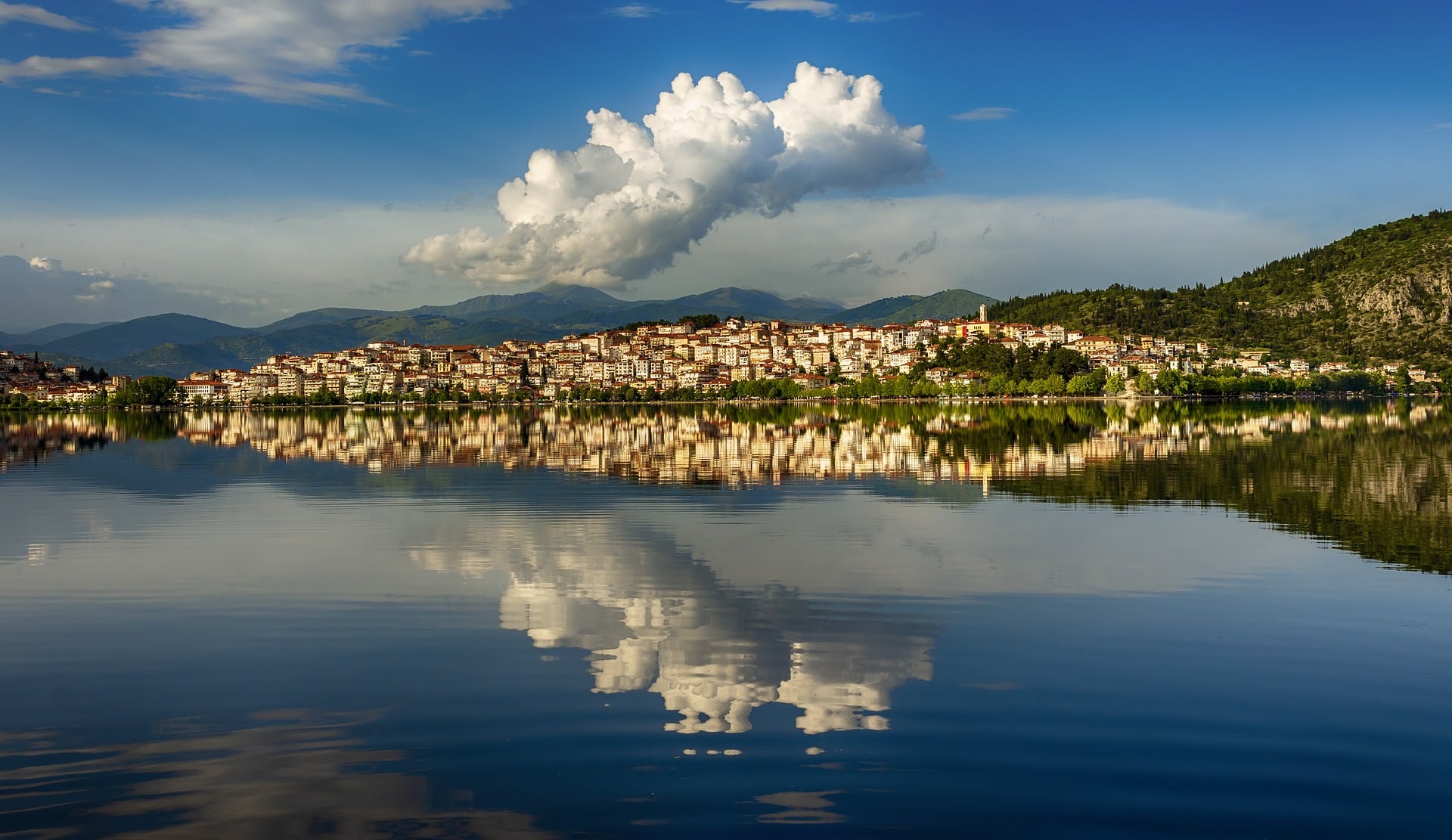 4. Kavourotrypes – Perhaps the most stunning beach in Halkidiki

It will take some effort on your part to reach one of the most gorgeous beaches in the greater region of the northern part of Greece. You will find many of those in Halkidiki, a beautiful and vast peninsula that boasts a series of wonderful seaside places that awaken the summer dream. However, not all have the wow factor that Kavourotrypes definitely have. Located a two hour drive from Thessaloniki, on the second “leg” of the peninsula called Sithonia, the rugged shoreline offers beachgoers options to pick and choose where to set down their beach towel. You can choose the beach bar experience, where you will find organized beach amenities such as sun loungers and parasols, however, if it’s a more tranquil beach experience you are after, you can opt for one of the unorganized little bays and fully absorb the serenity that this part of the world exudes.

One of the best day trips from Thessaloniki for nature lovers, Lake Kerkini is a breathtaking place and one of the most important wetlands in all of Greece. A tranquil setting that lets you fully immerse yourself in the moment, Lake Kerkini disarms with its glassy waters that are the homeland to hundreds of wildlife species. If you are into bird-watching, then have your cameras on the ready since there are over 300 types of birds to look out for. The lake’s diverse landscapes have become their home, and you may see flamingos, dalmatian pelicans, cormorants, herons, warblers, owls, eagles and falcons, among many many others depending on the season. You can reach Kerkini by an hour and half’s drive from Thessaloniki, however the best way to tour the lake is by boat, since there are many bodies of water to traverse through: rivers, canals, swamps, coastal forests and flooded fields, so opt for the rides on the lake with a canoe which is the least disruptive way of exploring this national park and treasure. 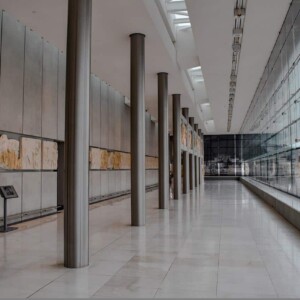 Next article
8 unmissable museums in Athens
Read more
Back to all posts
Electra Rewards
ONLINE CHECK IN
BOOK NOW
Not sure what to choose?
A member of our team is always there for you to help you find the available options
Call us (+30) 210 33 70 100
Email
Facebook chat